May 23, 2012
Have you ever seen a garment, quilt or bag you wanted to make more than anything else? That is exactly what has happened to me with DVF wrap dress. The wrap dress was first designed by Diane Von Furstenberg in 1974. Just two years later she had sold over a million dresses! These are some super tutorials and they are all free! 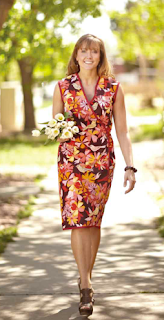 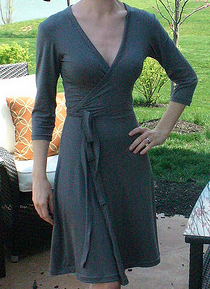 Hope Wrap Dress Pattern « Confessions of a Fabricaholic
This tutorial is only available in one size 34". 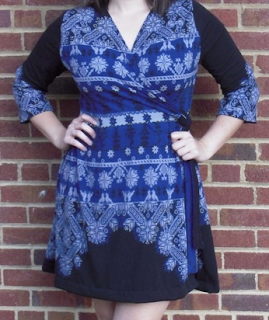 Winter Wrap Dress « I Heart Jenny's Art
This tutorial shows you how to make your own pattern by using your measurements. 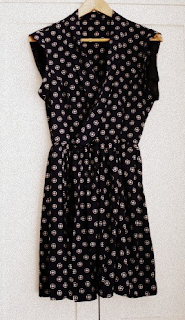 schwurlie: Tutorial: wrap dress
Another great tutorial with a twist. 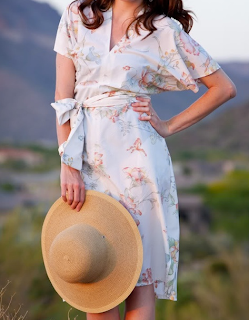 icandy handmade: fun in the sun(dress) Kimono
Ok, this is not exactly a wrap dress but it looks simple and comfortable to wear. Can't wait to make s few of these!

Popular posts from this blog

Fun in the Sun Mermaid Tutorial

May 02, 2012
This time of year is so special to me because I get to show my gratitude for all of the hard work that goes into teaching my daughters. I love to make handmade gifts and this year is no exception. Since money does not grow on trees around here, I looked at my stash (I keep my scraps in hat boxes) and tried to see what I had a lot of; small zippers, trims, Peltex strips (from making iPad cases), fabric scraps and some hardware for key fobs. So I set to work.  Materials: Plastic multipurpose 5" Zipper  Fabric Scraps Lightweight interfacing 808 Pellon Trims (We clipped key fobs with 1.5" swivel hooks onto our coin purses. There are tons of tutorials on making key fobs.) Step 1: Print out the Coin Purse Template PDF.
Cut 2 main fabric, cut 2 lining and 2 interfacing using the template.  Optional: Cut a 2"X2" square of your choice main fabric or lining. This strip of fabric is used to clip a key fob to your coin purse later. We used a 1.5" swivel hook.
✄✄✄✄✄✄✄✄✄✄✄✄✄✄✄✄✄✄✄ St…
24 comments
Read more

How to Line an A-Line Skirt Tutorial